Mr. Karns was formerly a Captain on active duty in the U.S. Army Judge Advocates General's Corps where he received the Parachutist Badge, the U.S. Army Commendation Medal with Two Oak Leaf Clusters, the National Defense Service Medal, and the Army Service Ribbon. Subsequent to active duty, he continued his service in the U.S. Army Reserves where he was promoted to Major. Mr. Karns completed his reserve duty in 2005.

Courts-Martial are conducted in accordance with the Uniform Code of Military Justice (UCMJ). Because of this, Military Law is a highly specific area of practice. The difference between a positive or negative outcome can depend greatly on an attorneys experience with the militarys court procedures and rules of evidence. Mr. Karns experience in military courts and with military procedure is extensive. He represents clients in every branch of the military and throughout every phase of the military justice system. Mr. Karns will travel internationally to assist you with your matter.

By hiring an experienced attorney early in the process, service members increase their chances of accomplishing their goal  most likely to avoid adverse action. Regardless of the stage of the investigation or case, Mr. Karns listens to the client, so he can get their side of the story and help them accomplish their goal.


In 2004, Mr. Karns traveled to Baghdad, Iraq, where he represented a U.S. Army Soldier accused of abuses in the Abu Ghraib prison scandal. Mr. Karns guided and counseled his client, a decorated Military Intelligence Soldier through the court-martial process securing him one of the lowest sentences of those prosecuted in the scandal. Mr. Karns obtained this result by zealously defending his client by presenting extensive extenuation and mitigation evidence in his clients behalf. You may have seen or read of Mr. Karns handling of this case on CNN, ABC, the Associated Press, or your local news. Mr. Karns has also appeared on FOX, MSNBC, and NBC as a commentator on military law matters. 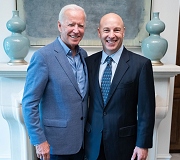 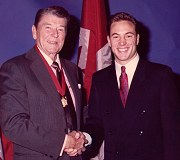 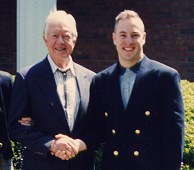 * Past results achieved are not a guarantee of future results. Each case is unique and reference must be made to the specific legal and factual circumstances presented.